It wasn’t Mardi Gras. It wasn’t Jazz Fest, and the Saints weren’t even playing, but you wouldn’t have known this if you were just walking through New Orleans’ French Quarter or down Canal Street on the second to last weekend in October. Shiny, metallic beads and neon-colored drinks were visible regardless of the time of day, and a rowdy cheer could and did erupt out of nowhere.

And this was the backdrop of the American Academy of Facial Plastic and Reconstructive Surgery’s annual Fall meeting. It’s the largest specialty association of facial plastic surgeons’ largest meeting of the year, and it did not disappoint or get muted by the New Orleans-style Jazz that plays 24-7 wherever you are.

The November issue of Plastic Surgery Practice is devoted to this group and its meeting. The content highlights just some of the many practice-shaping ideas and concepts advanced by AAFPRS members. The idea for this issue was born roughly 1 year ago when I first spoke to Robert M. Kellman, MD, about what he hoped to accomplish during his term as president.

At the time, his overarching goal was to re-emphasize the reconstructive side of facial plastic surgery, an effort which is more important than ever given some of the negative publicity that overshadows this specialty. Facial plastic surgeons are more than gatekeepers of vanity. Yes, aging-face surgery is a big part of many practices, but it is often not the only part. Many of these surgeons also perform complicated reconstructions and life-saving cancer surgeries, and they are also putting face transplants on the map.

Academy members, in particular, routinely donate their time and services to help people who have been disfigured by domestic violence, and others travel near and far to perform free cleft palate surgeries on children whose families can’t afford or have no access to the procedures. Others do pro bono otoplasties on bullied youth. These are the stories that get pushed to the wayside in favor of celebrity plastic surgery stories and/or other high-profile cases of cosmetic surgery disasters and the doctors who performed them.

The reconstructive educational initiatives that Kellman helped sire will become more important due to the healthcare changes taking place in Washington, DC, right now. Plastic surgeons will need to make sure they are deemed appropriate providers by third-party payors, which means they will have to be more visible.

Speaking of healthcare changes, one other consequence that will affect this specialty will be the influx of disenfranchised physicians from other areas of medicine who will likely want in on the elective healthcare game, and will actively seek their share of the pie (as if their lives, or at least their mortgages, depended on it). The competition will get tougher, so plastic surgeons need to put their signature on the specialty. Many sessions at the meeting helped shore up this point, and were met with a lot of frantic writing and nodding as lecturers spoke of branding, messaging, and practice management in the changing healthcare environment.

All in all, the meeting was as lively as the city in which it was held in, and I was honored to be part of it.

This issue was a buzzer beater as the meeting wrapped up right around the time that we closed the issue. It would not have been possible without the help of the crackerjack AAFPRS public relations team of Melissa Kelz Communications, including Melissa Ben-Yoseph and Patty Matthews, and, of course, the Academy’s own Rita Chua Magness, its marketing and public relations director. And another shout-out to Wendy Lewis for her major contributions to this issue. Wendy, I feel like there is more than one of you because you were all over the program and exhibit floor, and filed stories throughout the meeting. Well done! Theresa Kossack, your efforts were also appreciated, and I loved seeing a friendly face in all of my talks. 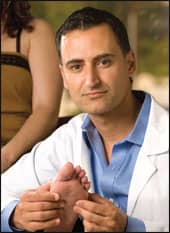