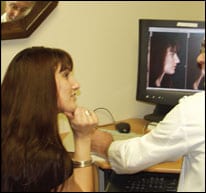 Ethnic rhinoplasty is a special component of rhinoplasty that requires special attention and care. It refers to nasal surgery techniques that are specific to common ethnic groups, such as those of Hispanic, African American, Middle Eastern, and Asian descent.

Technically, Caucasians form their own ethnic group but are not usually referred to as such.

Ethnic patients often wish to retain some of their ethnicity; however, they also wish to have normal proportions among length, width, and height. Many of these patients’ noses are hypoplastic in either the dorsum or tip and require augmentation procedures. Some require reduction. Many require reduction in the nasal base region.

A number of preop considerations have to be given to ethnic patients. First and foremost are the patients’ expectations. Do they want to retain their ethnic identity to the point of maintaining a small dorsal hump? Most ethnic groups seem to want to retain some of their ethnicity but not necessarily all of it—such as a dorsal hump.

Most do not want a complete Caucasian-type nose even though they may like many features of the Caucasian nose. Imaging helps determine what the patient wants. When the patient sees what the nose could potentially look like, he or she may have a change of heart. Conversely, you may come to appreciate how much ethnicity the patient desires when the new nose is drawn on the imager.

Technical considerations begin with the decision to use the open or closed approach. In general, the open approach is favored in all primary rhinoplasties (ethnic or otherwise) in which major work is involved.

However, when the skin is thick (which is often the case with ethnic patients) and the rhinoplasty involves reduction (as opposed to augmentation), a closed approach is considered. This is because thick skin has difficulty accommodating to a smaller framework.

Ethnic patients with thick skin who require reduction are sometimes better candidates for the closed approach.

One important caveat for the open approach in all ethnic patients is the absolute avoidance of defatting the undersurface of the skin flap. Pulling the fat off the underside with forceps is not the same as defatting as is permitted. However, using scissors to trim away the subdermal region runs an extremely high risk of devascularizing the nasal skin with subsequent skin necrosis. Typically, such skin necrosis tends to occur in the supratip area, not the columella—the most distal portion of the nasal flap.

Patients who are smokers and have scars on the nasal skin from prior trauma or surgery are less suitable candidates for the open approach.

Certain tools benefit the surgery itself. Rhinoplasty is fundamentally a biological sculpting process using cartilage and bone as the medium.

You do not have to memorize these details, as copying facilitates the sculpting process. This concept has been extended to include sizers. Tip graft sizers make it easier to determine the potential effect of a cartilaginous graft in the nasal tip. When a size is chosen, the graft is simply laid on donor cartilage and easily cut out in a cookie-cutter fashion.

Dorsal graft sizers are used in the same fashion. Rather than carve a rib graft to a size that is too small for the patient, a sizer is selected that appears to give the best result; it is then used to copy a graft of identical size and shape. These dorsal sizers can be used for rib grafts and diced cartilage/fascia grafts.

Reducing the Nasal Base

A common technique used in all the ethnic groups deals with reducing the nasal base width. Numerous methods have been described and are generally very successful.

The basic method involves resection of soft tissue from the horizontal component of the nasal base either at the ala, sill, or sometimes columellar base—any of which can be abnormally wide relative to the other two components.

However, one of the main problems of nasal base resection is being able to achieve as much width reduction as desired without creating alar distortion.

A number of patients have had satisfactory nasal base reductions in that the relationship between the ala, sill, and columellar base is normal as a result of the first surgery and, yet, the nasal base remains broad because the nose is generally large, often due to thick skin.

Further resection can result in distorted alae and/or nostril stenosis (if the resection extends into the vestibule).

One of the most famous musical pop stars in the world is known for the multiple surgeries he received because he wanted his nose to be as thin or narrow as possible. As a result of repeated alar resection, his nose was thin but grossly distorted.

A few clinical studies have recognized the importance of seeking an overall reduction of the nasal base via alar release and medialization. The ala is literally detached from the maxilla, moved to a more medial position, and held to the other ala with interalar sutures. I have used a similar alar release method, usually in combination with other excisional procedures of the nasal base. The soft tissues of the anterior maxilla were released, and permanent interalar sutures (sometimes called cinching or bunching sutures) were employed to maintain the interalar width.

The basic technique of nasal base reduction involves an incision at the ala-sill junction, the type ordinarily made for alar base resection.

A Joseph periosteal elevator is inserted to free the soft tissues, including the pyriform ligament (see the article by Rohrich RJ and Muzaffar AR), off the anterior maxilla for about 2 cm to 3 cm lateral to the pyriform rim.

Alternatively, the pyriform aperture can be approached by a buccal sulcus incision. The elevator is used to push the ala medially so that any fibers along the anterior surface of the vertical component of the pyriform rim are ruptured. So doing causes the ala to move medial to its original position. The elevator is then used to free the soft tissues (periosteum and posterior fibers along the vertical edge of the pyriform rim) from the posterior (deep) side of the maxilla for a distance of 2 cm to 3 cm.

The dissection along the posterior maxilla is carried superiorly, where the medial edge of the maxilla along the pyriform aperture contributes to the lateral bony nasal vault.

If further medialization of the ala is desired, the soft tissues along the horizontal pyriform rim are freed with a septal knife.

The tissues along the horizontal rim are more tenacious and require a sharper instrument than those of the vertical pyriform rim.

The needle is passed back to the first opening, and the knot is tied when the appropriate width is obtained. Care should be taken to avoid overcorrection.

A second 3-0 PDS suture will bring the dermis of the lateral part of one alar wound to that of the other. In the end, there should be a single knot within each alar wound.

When the alar pinch test indicates excessive fullness between the nose and lip with an obtuse nasolabial angle, a section of the anterior nasal spine or soft tissue posterior to the footplates (via a transfixion incision) should be removed. This resection is not the same as an actual columellar base resection, and it does not contribute to nasal base reduction.

The technique of augmenting a hyperplasic tip—commonly needed in Asian but also African American and Hispanic patients—involves both a tip graft and columellar strut.

The concha cymba should be harvested. It can be folded over on itself to make a double-layer graft. However, if there is a paucity of donor cartilage, the cymba can be split down the middle and a pair of horizontal mattress sutures can be inserted (one on each end) in order to straighten and strengthen it.

The tip graft is also ideally made from the septum. It is particularly indicated when the infratip lobule is small, as seen on basal view.

If septal cartilage is not available, the concha cavum makes an excellent graft. The cavum is much thicker than the cymba and has a slight curvature. Unlike septal cartilage, it has to be scored to give it a slight bend in order to avoid a tombstone appearance on the nasal tip.

Asian and many Hispanic noses benefit from dorsal augmentation. The many outstanding methods to achieve augmentation include the use of rib grafts, such as described by Gunter and Toriumi.

However, in recent years, diced cartilage in fascia has been one of the best methods. Daniel and Erol have shown that when cartilage is cut into small segments approximately 1 mm in size and then placed in a fascia—such as the deep temporalis fascia—an impressive amount of dorsal augmentation (nonstructural, of course) can be very easily achieved, even if you have little experience in cartilage sculpting.

As mentioned above, the use of sizers helps the sculpting process; however, even without sizers, a graft of this nature fills the dorsum easily. By placing a plaster splint on the patient for 6 days postop, the dorsal contour is nicely molded.

The graft is slightly malleable in the first couple of weeks postop. Therefore, if some irregularities are seen early in postop, then you can mold the dorsal graft manually to improve its overall size and shape.

Lengthening the Short or Small Nose

Some ethnic noses, particularly Asian noses, are quite short. For these patients, Byrd has described lengthening procedures.

The technique that we use is similar and involves elevating the mucoperichondrium bilaterally, releasing the upper from the lower lateral cartilage (to lengthen the sidewall of the nose), and then inserting a septal extension (batten) graft. This graft pushes the tip cartilages in a caudal direction and can lengthen the nose dramatically.

It is often necessary to insert an intercartilaginous graft between the upper lateral cartilage and lower lateral cartilage (lateral crus) in order to maintain a lengthened sidewall. Failure to do so may result in a retracted ala when the septal extension graft lengthens the rest of the nose.

Ronald P. Gruber, MD, FACS, is a board-certified plastic surgeon with more than 20 years of experience. He graduated from the University of California, Berkeley, and is the former chief resident in plastic surgery at Stanford University Medical Center. He remains a member of the Stanford faculty as part of the Adjunct Clinical Faculty. Gruber has received many awards for excellence in his field and has been chosen by his colleagues to be included in the book The Best Doctors in America. He can be reached at (510) 654-9222. 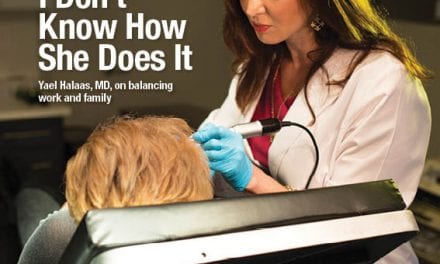 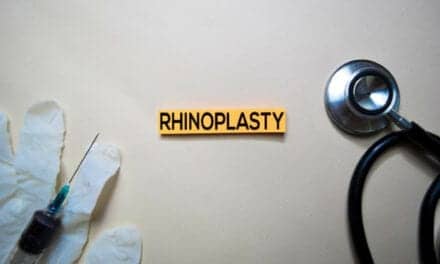 How Rhinoplasty Alone Can Alter Your Entire Appearance