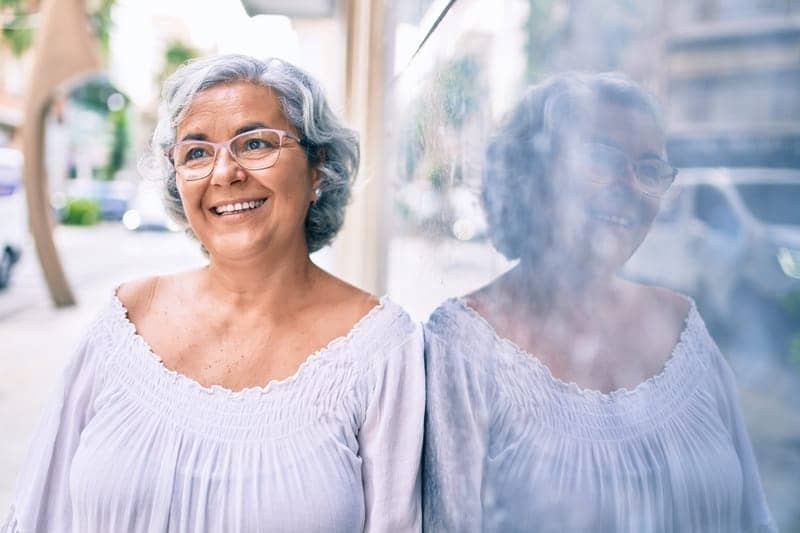 In the study, researchers from the University of Exeter surveyed women who chose not to dye their grey hair, and found a “conflict” between looking natural and being seen as competent.

Participants in the study – mostly from English-speaking countries – belonged to online groups whose members allow their natural grey hair to show, and the researchers noted “solidarity and sisterhood” among these women, according to a media release from University of Exeter.

“We are all constrained by society’s norms and expectations when it comes to appearance, but expectations are more rigorous for women – especially older women. The ‘old woman’ is an undesirable character in Western societies, being seen as incompetent or unpleasant – if she is seen at all.

“In our study, we wanted to understand why some women choose natural grey hair. In the face of impossible standards to be natural and remain youthful forever, these women are doing what they can to retain status. Although many reported negative consequences such as being ignored or treated as less competent, they also felt happier to be ‘flying my natural flag.’

“We also found that women chose to compensate for going grey by using other beauty practices – so embracing grey isn’t the same as embracing looking old. Grey-haired and youthfully glamorous is one thing, but in Western societies it’s still not OK to look old.”

— lead author Vanessa Cecil, of the University of Exeter

Authenticity vs Being Seen as Competent

Responses from the 80 participants, members of two Facebook groups about transitioning to natural grey hair, suggested the key trade-off was between authenticity and being seen as competent.

Women reported being shamed – including by family and friends – for being too natural (“let oneself go”) but also wanted to avoid looking as if they have tried too hard to conceal their age (“mutton dressed as lamb”).

Those who were supported by partners, family and friends had an “easier time” of the transition to grey, Cecil adds in the release.

Many women have chosen natural grey hair during COVID lockdowns – both because hairdressers have been closed and due to spending less time in public, including at work.

“This appears to have accelerated a shift that was already happening, with more and more women choosing not to dye their hair.”

How to Do a Self-Check for Skin Cancer

Nail Cancer Is Real, Miss Illinois Karolina Jasko Had This Type Of Melanoma