Across the Board, Double Digit Rise Seen in UK Plastic Surgery

Plastic surgery is on the rise in the UK, according to new statistics from the British Association of Aesthetic Plastic Surgeons (BAAPS).

The number of rhinoplasty, facelifts, and breast augmentations all increased by more than 10% last year, and liposuction shot up by 41% since 2012.

This all took place in the wake of the faulty PIP breast implant scandal. Two years after the PIP crisis, breast augmentation with implants rose by 13% and breast enhancements were the most popular surgery among women.

“The number of procedures undergone by both men and women has increased in impressive numbers; it is encouraging to see that despite — or perhaps because of — a turbulent period in the sector, patient confidence in selecting appropriately trained and qualified surgeons is growing rapidly,” says BAAPS President-Elect Michael Cadier, MB, BS, MS, FRCS, in a news release.

Male plastic surgery numbers rose by 16% overall, but the proportion held steady from last year, with men still accounting for one in 10 aesthetic procedures. Body contouring procedures showed the biggest increase among males, with liposuction up by 28% and gynaecomastia up by 24%, the survey showed.

The top 10 procedures were:

“Both the UK economy and the British public seem to be well on the way to regaining their shape with the most impressive rise in demand for cosmetic surgery we have seen since the onset of the recession in 2008,” says BAAPS President Rajiv Grover, BSc, MB, BS, MD, FRCS, in a news release. “Patient confidence and also consumer confidence has returned with Britons choosing to spend on procedures with proven track records such as liposuction, which remains the gold standard for body contouring.”

You Can Now Get Jewelry Inserted Into Your Eyeball – Any Takers? 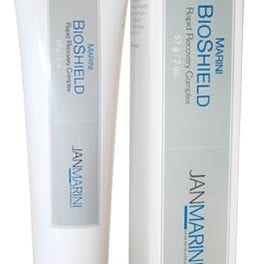