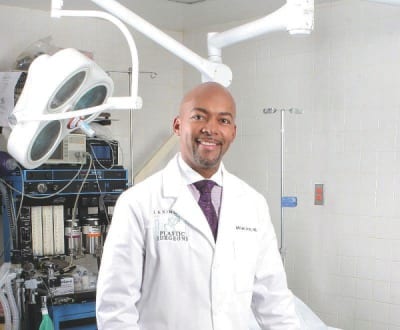 On a recent steamy Wednesday night in New York City, Michael Jones, MD, director and founder of Lexington Plastic Surgeons, opened his doors so members of the media could attend the Beauty Buster Awards hosted by celebrity esthetician Lora Condon.

Jones’ new Keloid Care topical scar treatment took home the “Best Scar Treatment” award and, in her first public appearance since she and her husband were indicted, Real Housewives of New Jersey’s Theresa Giudice received an award for her Specialty Haircare line, Milania. Still, her appearance didn’t steal thunder from the real stars of the evening—Jones and his gracious staff.

Plastic Surgery Practice was on hand, and we had a chance to talk to Jones about his practice and the ethnic rhinoplasty procedure he pioneered.

1 Procedure you perform most often?

Rhinoplasty, specifically ethnic rhinoplasty, and a procedure I pioneered: the augmentation of nasal tip projection using the inferior turbinate.

2 Tell us about the augmentation of nasal tip projection using the inferior turbinate.

In the case of ethnic rhinoplasty, augmentation of the dorsum and tip are often required. Typically, to create the desired projection and rotation of the tip, we must harvest and graft a columellar strut as well as augment dorsal height from the quadrangle plate. What is available on the quadrangle plate is often insufficient for these purposes, so we may attempt the harvest of autologous material from a second site on the body, such as the rib or iliac crest. However, adding a second harvest site increases patient preparation and operation time and the chance for complications and death.

In an effort to avoid the problems associated with a second harvest site, some surgeons choose to use synthetic materials including, but not limited to, expanded polytetrafluoroethylene, high-density polyethylene, and silicone. However, along with the use of alloplastic material, there is still a higher complication rate than that associated with this autograph.

Traditional facelifts. People frequently come into the practice with typical signs of aging, requesting traditional facelifts. However, what they don’t realize is that the scarring that may result is problematic for a number of groups, including people of color and women and men who prefer shorter hairstyles. In lieu of traditional facelifts, I may recommend a mid-facelift, which hides incisions within the hairline; fat transfers to the face, which tackle smile lines and crow’s feet; or lower blepharoplasty procedures, which also lift the cheek area and reduce smile lines, but are associated with incision lines under the eye that typically heal well without scarring.

4 Biggest trend you are seeing in practice today?

Fat transfers to the face. We transfer fat from the stomach area to the cheeks, smile lines, and sometimes temple area. It’s permanent like a facelift, but less invasive, with minimized healing and downtime.

5 Technology you wouldn’t want to practice without?

I adhere to a regimen of 100 crunches per night.

8 Favorite source of industry news and why?

Plastic Surgery Practice. They provide cutting-edge industry news and innovations in a well-thought-out and friendly format.

I am on the board of directors at Jazzmobile Inc, which is a nonprofit cultural organization focused on bringing jazz-related musical performances and educational programs to New York City residents. I also contribute to organizations like EDC Spin, which focus on providing surround care services for individuals with developmental disabilities.

Each year, my practice, Lexington Plastic Surgeons, holds two Botox parties, which typically choose a charity partner. Recently, we have contributed profits to The Young Survival Coalition, an organization devoted to helping women beneath the age of 40 who have been diagnosed with breast cancer. Last but never least, my practice, Lexington Plastic Surgeons, is the official sponsor of a Harlem Little League team each year.

10 How do you market your practice?

In Silicon Valley, Some Men Say Cosmetic Procedures Are Essential to a Career 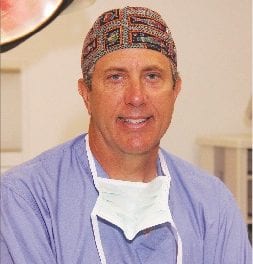 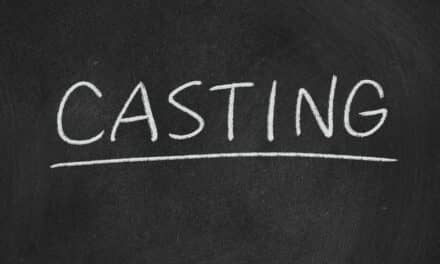