Purpura­–bruising–is difficult to avoid, but here are some substances that may keep it in check

Purpura, commonly known as “bruising,” is a condition that affects virtually all individuals to some degree. Trauma and surgical procedures are the most common culprits associated with purpura in younger populations.

Some medications, vitamins, and supplements may exacerbate the tendency toward developing purpura in response to relatively minor trauma. Examples of these are shown in the Table 1 below, but this list is by no means exhaustive.1

Hematologic, endocrine, and autoimmune disorders, as well as malignancy and malnutrition, are also associated with widespread purpura. However, only a small minority of persons with purpura suffer from these conditions. With increasing age, purpura and so-called “easy bruisability” become highly prevalent in otherwise healthy persons.

Photodamage and other oxidative en­vironmental stressors, combined with changes intrinsic to chronologic aging, cause unwanted and deleterious effects to the skin, including loss of dermal collagen, elastin, and subcutaneous fat. Reactive oxygen species from the photoreaction of UV light with cutaneous chromophores and from cellular metabolic processes have the potential to modify cutaneous lipids, proteins, and nucleic acids. This damage may cause pathological changes of function.

While the existing collagen framework of the skin is being degraded, the synthesis of new procollagen is simultaneously inhibited.5 Clinically visible signs of “aging”—including loss of elasticity and the development of rhytids, textural irregularities, and dryness—correlate with the degree of this underlying histologic disruption.6,7 Skin becomes thinner and more fragile; integumentary vessels may also degenerate and show increased vascular permeability.

These factors may cause exquisite susceptibility toward developing purpura from trivial injuries, such as the relatively minor traumas associated with normal daily activities. For elderly persons, this skin fragility may result in purpura from trauma so minor that the person suffering from it may not recognize the culprit. This seemingly spontaneous development of purpura is commonly referred to as “senile purpura.” Reduced skinfold thickness has been associated with senile purpura, and skinfold thickness declines with age in both sexes.8

The cosmetic appearance of purpura may be the source of significant distress, perhaps equal to the physical discomfort from inflammation and tenderness to touch. Increasing interest has developed in preventing and reversing the processes that lead to purpura, for medical and aesthetic benefits.

There is an abundance of herbal and folk remedies for swelling and bruising. A Web search yields recommendations for therapies ranging from witch hazel to comfrey leaves, sweet clover, plantain leaves, and castor oil.

Little scientific evidence supports the efficacy of these agents. In the surgical arena, particularly with respect to aesthetic plastic surgery procedures, the demand for prevention and minimization of purpura is great. Because of this, recent scientific investigation has sought to demonstrate measurable effects relevant to the prevention and minimization of purpura.

The homeopathic remedy most frequently studied in placebo-controlled clinical trials is arnica montana, which is extracted from a plant of the same name.9 Arnica is widely touted for its purported anti-inflammatory and analgesic properties in addition to its ability to prevent and treat purpura.

Arnica is available in oral and topical preparations, including tinctures, tablets, creams, and gels. Despite its popularity and the anecdotal reports of arnica minimizing swelling and soreness, numerous studies have failed to demonstrate significant anti-inflammatory effects. One reason for this may be that the concentration of the botanical extract, the vehicle, and the mode of delivery of the preparation have not been standardized in clinical or research use.

One study reported in the orthopedic literature demonstrated that arnica is beneficial for decreasing pain and inflammation in osteoarthritis,12 whereas another study found no advantage to arnica over a placebo for reducing postoperative pain, bruising, and swelling in patients who had undergone hand surgery.13

Still other studies have examined the penetration of topical arnica preparations through intact and inflamed skin. There is evidence that arnica significantly penetrates intact skin, and that the topical use of whole-plant preparations may be advantageous compared to the application of isolated compounds.14

Vitamin C (l-ascorbic acid) is a highly water-soluble, low–molecular-weight a­ketolactone that serves as the body’s major aqueous-phase reductant.15,16 In addition to its potent antioxidant properties, l-ascorbic acid is an essential component of the collagen-biosynthesis pathway. It plays an important role in the transcriptional regulation of collagen synthesis, and it serves as a cofactor for prolyl and lysyl hydroxylases, enzymes required for molecular stability and intermolecular cross-linking of collagen.

Vitamin C deficiency, the underlying cause of scurvy, characteristically results in perifollicular purpura in addition to the other symptoms associated with the syndrome.

In vitro, l-ascorbic acid has been shown to increase mRNA of collagen types I and III and to increase tissue inhibition of matrix metalloproteinase mRNA.17 l-Ascor­bic acid also improves the epidermal-barrier function of the skin by stimulating sphingolipid production.18

Given these functions, l-ascorbic acid has the potential to control or reverse the changes observed in aging skin, including thinning of the skin and the histologic irregular accumulation of elastin and degraded collagen that underlie clinically fragile skin.

Studies have also shown that

• oral vitamin C supplementation in elderly populations reduces the incidence of purpura and petechial hemorrhages20; and

Theoretically, by fortifying the collagen-based support structure of the skin while concurrently minimizing capillary permeability, vitamin C should decrease the potential for purpura as a result of mild trauma.

Virtually all plants and animals—with the exception of human beings—synthesize l-ascorbic acid. Because humans lack this ability, we must obtain our vitamin C from exogenous sources. Even with massive dietary supplementation, there is a limit to the amount that can be absorbed through the digestive tract and subsequently delivered to the skin.

Topical application of l-ascorbic acid is the only way to achieve higher concentrations in the cutaneous tissue. Although there is a paucity of scientific research related to the application of topical vitamin C preparations with respect to purpura, there exists a strong potential that vitamin C-containing topical preparations could prove as therapeutic for purpura as their oral counterparts.

Fasting plasma zinc concentrations are significantly lower in elderly persons with senile purpura than in age-matched controls.21 The significance of this finding is not well-understood. Although no placebo-controlled studies have examined the effects of oral zinc supplements or topical zinc preparations on purpura, the findings suggest that zinc therapy has a potential role in the prevention and treatment of purpura. Oral and topical zinc therapy are well-known to enhance wound healing and to decrease inflammation in a wide variety of inflammatory skin disorders.22

Natural wound healing involves a complex remodeling process orchestrated by cytokines, growth factors, and regulatory proteins. De­pend­ing on the wound milieu and the confounding presence of inflammation or infection, the addition of supplemental growth factors has the potential to accelerate healing and decrease scarring.23

Transforming growth factor-b1 (TGF-b1) is a profibrotic cytokine synthesized in a wide variety of tissues that modulate neocollagenesis, angiogenesis, cellular migration and proliferation, and the degradation of matrix proteins. TGF-b1 acts synergistically with TGF-a to induce phenotypic transformation and can also act as a negative autocrine growth factor.

As with l-ascorbic acid, we presume that by fortifying the dermal collagen structure of the skin, TGF-b1 should decrease skin fragility and endow the skin with improved resistance to the development of purpura in response to minor trauma.

The cytokine cascade is not well-understood. Interestingly, however, patients who experience Kawasaki disease vasculitis have been found to have decreased serum concentrations of TGF-b1.27 In chronic idiopathic thrombocytopenic purpura, remission is found to be associated with elevated TGF-b1.28 It is unclear whether these effects would translate to parallel effects of TGF-b1 on the resolution of traumatic purpura. However, by stimulating neocollagenesis, topical therapy with TGF-b1 would be expected to have a preventive role against the development of traumatic purpura.

Cimicifuga racemosa, or black cohosh extract, is a botanical agent used medicinally as a phytoestrogen, an astringent, a diuretic, and an expectorant. The Cimi­cifuga racemosa plant is native to North America and grows freely in shady woods across Canada and the United States.

Low estrogen levels are traditionally associated with skin atrophy, wrinkling, and loss of elasticity and moisture. Although there have been no placebo-controlled studies examining the effects of cimicifuga racemosa on purpura, phytoestrogens are popular herbal remedies for thinning, fragile skin and its resultant purpura.

Silicone is a generic name for a large family of polymers that contain the elements silicon and oxygen. The viscosity of these polymers is a function of their degree of polymerization, and they can be formulated as solids, gels, or liquids.

The biological applications of silicone fluids are based, in part, on the flexibility of the molecules, their high permeability coefficient for oxygen and nitrogen, and their minimal surface reactivity to air, sunlight, proteins, and most chemicals. In addition, silicone fluids do not support bacterial growth.32,33 The silicones used in topical cosmetic formulations are not absorbed by the skin and are tolerated without significant adverse effects.34

Although silicones are chemically inert, they are not biologically or chemically inactive. Silicones have been shown to enhance healing in burns and diabetic ulcers and to normalize scar formation and remodeling in other wounds.26,35–40 Silicone-gel sheeting has been shown to decrease erythema, elevation, pain, and pruritus in keloid scars; markedly decrease the number of lesional mast cells; and enhance the expression of Fas antigen by lesional fibroblasts.41

In vitro, silicone sheeting has been shown to normalize fibroblast activity, downregulate TGF-b2, and decrease contraction in fibroblast-populated collagen lattices.42 Theoretically, the effects of topical silicones on fibrosis and scar remodeling also have the potential to limit or reverse the histologic changes involved in skin aging, including atrophy and loss of elasticity. Again, although there have been no placebo-controlled studies that have examined the effects of silicone on purpura, topical silicone preparations are widely popular for treating scars and are gaining favor for treating purpura as well.

Purpura continues to be a cosmetically troubling phenomenon. With the burgeoning interest in anti-aging therapy, and with the concomitant boom in aesthetic plastic surgery, the general population has taken a renewed interest in treatments for “anti-aging” processes and this tell-tale sign of aging.

Michelle Ehrlich, MD, is a board-certified dermatologist and fellowship-trained aesthetic plastic surgeon who practices in Los Angeles. She can be reached at mehrlich@alumni.princeton.edu.

How a Healthy Diet Enhances Your Appearance 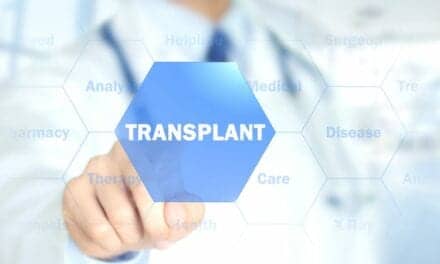