Demand for antiaging cosmeceuticals and cosmetic products was strong in 2009 and growing, according to a recent post at CosmeticDesign.com. As I am decidedly skeptical about the antiaging product marketing that has exploded in the media in the past year, the marriage of antiaging science and market research is questionable at best. The CosmeticDesign.com story mentions anti-aging skin care sales in the US rising 13% between 2006 and 2008, hitting $1.6 billion.

Among the hot areas called out were products to treat skin glycation, a process that weakens skin’s structure at a cellular level; the launch of more technologically advanced ingredients, ranging from elastratropin (a bioengineered form of a part of human elastin) to antioxidant ingredients adapted to cosmetic use; and research investigating the potential of stem cells to heal the ravages of aging. [removed][removed]Anti-aging technologies come to the fore in 2009:[/removed][/removed]

Perhaps the biggest development for anti-aging formulations was in the area of stem cell technology.

In a conference held at the HBA event, in New York, back in September, lead LVMH scientist Eric Perrier underlined how such technologies were the path towards efficacy in a jar, as opposed to hope in a jar.

Another speaker at the conference, Boris Petrikovsky, senior scientific advisor for skin care company Bellis Development, discussed his research into fetal skin and how this could present new opportunities for anti-aging ingredients.

According to Petrikovsky, fetal skin heals in a completely different way to adult skin and bears little resemblance to the classic wound repair that scientists are used to and stem cell technology can be used to render it suitable for anti-aging treatments.

As 2009 draws to an end technologically and scientifically advanced anti-aging skin care formulations continue to proliferate, and with this proving to be the key driving factor for the categories, 2010 is set to throw up some equally spectacular developments.

The fact that this activity is all happening "in a jar" is a clue to the hype: One cannot put one's hands on any product that holds the hope of so many that the antiaging market will get real and get serious in the coming year. I admire the antiaging folks for being positive thinkers, though. There may be high hopes for the efficacy and usefulness of new antiaging products, but let's hold off on declaring them and the market a runaway success just yet. 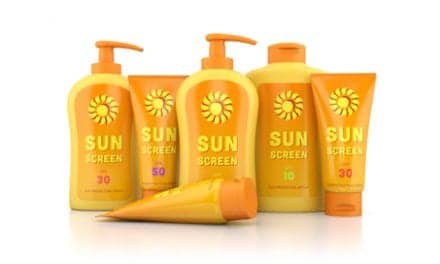 Anti-Aging Products Are The New Frontier