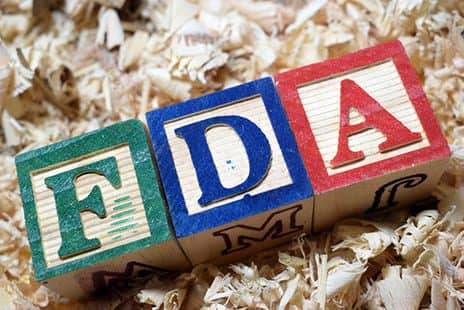 The US Food and Drug Administration (FDA) issued warning letters to two breast implant manufacturers for failure to comply with their requirements, under their premarket approval orders, to conduct post-approval studies to assess the long-term safety and risks of their silicone gel-filled breast implants.

The FDA issued warning letters to Mentor Worldwide LLC of Irvine, Calif, and Sientra Inc of Santa Barbara, Calif. Every manufacturer of approved silicone gel-filled breast implants is required to conduct post-approval studies to further evaluate safety and effectiveness of the products and to answer additional scientific questions about the long-term safety and potential risks of breast implants that their premarket clinical trials were not designed to answer, explains a media release from the FDA.

“Post-approval requirements are critical to ensuring the safety and effectiveness of the medical products we regulate, and we’ll continue to hold manufacturers accountable when they fail to fulfill these obligations,” says FDA Commissioner Scott Gottlieb, MD, in the release. “We’re issuing these warning letters based on the manufacturers’ low recruitment, poor data, and low follow-up rates in their required post-approval studies.

“We expect these manufacturers to meet the pre-specified study requirements in order to ensure the collection of long-term data that can be used to inform long-term patient safety. Post-approval studies, along with other surveillance tools such as adverse event reports, registries, and scientific literature, allow the FDA to help ensure the safety of medical devices and protect patients.”

The FDA’s warning letter to Mentor Worldwide LLC (Mentor) noted several serious deficiencies in the manufacturer’s post-approval study for its MemoryShape breast implant, first approved in 2013, including that the manufacturer had failed to enroll the required number of patients in the study. The action also notes Mentor had poor follow-up rates with patients in the study.

Finally, the FDA notified Mentor that there were significant data inconsistencies in the study, including poor patient accounting, and missing race and ethnicity data. While the FDA had concluded after reviewing several interim study reports submitted by Mentor that progress on the post-approval study appeared adequate at that time, the agency advised Mentor of concerns about patient enrollment, follow-up rates and data inconsistencies.

Mentor’s failure to address these concerns and comply with its post-approval study requirements is a violation of the firm’s pre-market approval order, the release continues.

The FDA requested responses from both manufacturers within 15 working days of the issuance of the warning letters, with details about how the noted violations will be corrected. The FDA may take action for a failure to comply with post-approval orders, including pursuing applicable criminal and civil penalties, where appropriate, per the release.

The FDA’s actions are part of the agency’s ongoing commitment to its public health mission of ensuring patient access to safe and effective medical devices. As part of the Medical Device Safety Action Plan, the FDA committed to streamlining and modernizing how the agency implements postmarket actions to address device safety issues to make responses to risks more timely and effective, including taking actions against manufacturers when their postmarket studies are non-compliant with any study requirements. The FDA has issued several warning letters in recent years to manufacturers who did not adequately fulfill certain postmarket study requirements, reflecting the agency’s commitment to take more aggressive actions against manufacturers who fail to comply.

In addition to the required post-approval studies, the FDA has taken additional steps to ensure the agency is monitoring the safety and risks of breast implants. For instance, FDA staff have coordinated with the American Society of Plastic Surgeons and the Plastic Surgeons Foundation to develop the Patient Registry and Outcomes for Breast Implants and Anaplastic Large Cell Lymphoma (BIA-ALCL) Etiology and Epidemiology (PROFILE), which collects real world data regarding patients who have a confirmed diagnosis of BIA-ALCL. The data collected from this registry, have contributed to a better understanding of BIA-ALCL and FDA communication updates to the public regarding BIA-ALCL.

Additionally, the FDA has worked with multiple stakeholders to facilitate the development of the National Breast Implant Registry (NBIR) to provide a platform for collecting additional real world data on the safety and performance of breast implants. According to the FDA in the release, this newly launched registry will greatly add to the information it collects in its own post-approval studies about the long-term safety of breast implants, and potentially enhance its understanding of the long-term safety and risks associated with breast implants.