In a last-ditch effort to save a dying 7-year-old boy, scientists have used stem cells and gene therapy to replace about 80 percent of his skin.

This procedure’s success demonstrates that the combination therapy may be effective against some rare genetic skin disorders. The study also sheds light on how the skin replenishes itself, researchers report October 8 in Nature.

In 2015, a boy with a rare genetic skin condition, called junctional epidermolysis bullosa, had lost most of his skin and was close to death. Children with the condition have mutations in one of three genes — LAMA3, LAMB3 or LAMC2. Those genes produce parts of the laminin 332 protein, which helps attach the top layer of skin, the epidermis, to deeper layers.

People with the condition are sometimes called “butterfly children” because their skin is as fragile as the insect’s wings. Even mild friction or bumps can cause severe blistering. The blistering can also affect mucus membranes inside the body, making breathing, swallowing and digesting food difficult. About 1 in every 20,000 babies in the United States are born with the condition, so roughly 200 children each year.  More than 40 percent die before adolescence.

Doctors thought the boy would also perish, says Tobias Hirsch, a plastic surgeon at Ruhr University Bochum in Germany who helped care for him. Surgeons in a burn unit tried giving the boy a skin graft from his father, but the child’s body rejected the transplant. “We didn’t have any options to treat this child,” says Hirsch.

For help, Hirsch’s team turned to stem cell researcher Michele De Luca of the University of Modena and Reggio Emilia in Italy. De Luca and colleagues had pioneered techniques correcting the same genetic defect. In clinical trials, De Luca’s team had grown small patches of gene-repaired skin for children with the same condition.

Together, those cases had replaced 0.06 square meters of tissues, about the size of a piece of paper. But the boy, who has a mutation in the LAMB3 gene, had lost nearly all the skin on his back and legs and had blistering in other areas. The researchers needed to replace about 0.85 square meters of skin — 14 times more.

In September 2015, the team took a 4-square-centimeter patch of unblistered skin from the boy’s groin and grew skin stem cells in the lab from that sample. Then De Luca and colleagues used a retrovirus to insert a healthy copy of the LAMB3 gene into DNA in the lab-grown skin stem cells.

Those genetically corrected skin cells grew into sheets that surgeons grafted onto the boy’s body in two surgeries in October and November 2015. After one more surgery to replace small patches of skin, he was released from the hospital in February 2016.

Read the full article at www.sciencenews.org 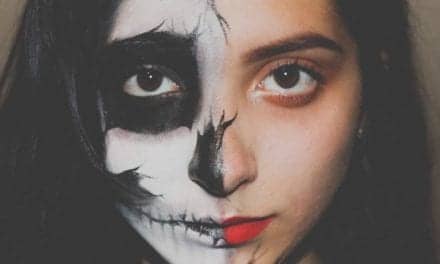 Don’t Let Your Skin Get Spooked This Halloween