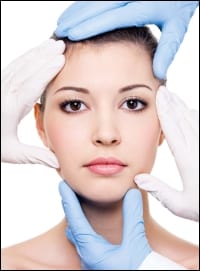 What practitioner doesn’t routinely hear from patients who want a less invasive procedure with less downtime and cost? One procedure, the AccuLift, has received media fanfare and endorsements from some cosmetic surgeons. The co-developer of the AccuLift, J. David Holcomb, MD, a facial plastic surgeon who practices in Sarasota, Fla (www.srqfps.com), describes the procedure as using the AccuSculpt™ (from Lutronic Inc, Princeton Junction, NJ) contouring laser to remove excess fat deposits that have migrated downward in the midface, jawline, and neck areas and to tighten the skin in these areas.

In addition, he has created a procedure called Total Facial Contouring, a combination of AccuLift treatment and soft-tissue augmentation that can be completed within an hour.

The AccuLift, a minimally invasive procedure, removes unwanted signs of aging and can deliver dramatic results, especially when complemented with soft-tissue augmentation, according to Holcomb. These short-duration lift-type procedures have, in general, received a fair amount of criticism from many practitioners for being “oversold” to a public hungry for minimally invasive treatments that are supposed to rival the results of a traditional facelift. Some of these procedures don’t deliver as advertised and are even misused to the point of being a danger to patients.

Holcomb points out that while AccuLift does not replace facelift surgery, it does represent the next frontier in facial contouring and practice owners should give this serious consideration. The AccuLift seems to be catching on, even with physicians who normally eschew this type of treatment.

PSP recently spoke with Holcomb, who is a double board-certified facial plastic surgeon and past president of the Florida Society of Facial Plastic Surgeons and of the Sarasota County Medical Society, from his private practice in Florida.

Holcomb: It’s a laser facial contouring procedure designed to remove descended fat in the midface and the jawline, and even the submentum while also tightening the skin in these areasIt is a minimally invasive procedure using a targeted laser wavelength (1444 nm), which has high absorption in water and in fat to allow us to selectively liquefy and melt the fat. For some patients, we are able to just use the laser fiber, but most patients also need a small-volume syringe liposuction procedure to remove the treated fat.

It requires only an 18-gauge needle puncture to make the entry wound for the 600-micron laser fiber. We use a small-diameter cannula to remove the fat. So, we are talking 2.1 mm or less perhaps down to the equivalent of a 15-gauge needle, really.

PSP: What inspired you to create this procedure, and how did it come about? 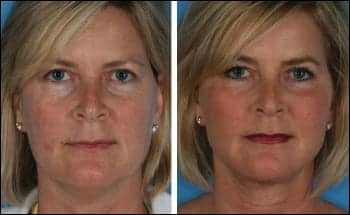 Before an AccuLift treatment (left); 9 months after AccuLift to the jawline (right).

Holcomb: I learned about [the AccuSculpt] laser sometime in 2008. As I was learning about it, I was realizing that it probably had some qualities that would make it good to use on the face. By that, I mean thermal confinement. That is sort of a “big term.” It means that heat is relatively well confined—that it stays relatively close to the optical fiber tip, so that it doesn’t travel a far distance.

I have actually done direct comparisons of 1444 nm with other wavelengths—1320, 1064, 980. The 1444-nm wavelength has better thermal confinement. The energy and the heat stay closer to the fiber tip. We get a higher internal tissue temperature, but we get a lower thermal temperature at a distance from the tip. That makes sense, because 1444 nm achieves 10 times or a magnitude higher absorption in fat, and many magnitudes higher absorption for water compared with these other wavelengths.

Higher absorption means you should have an enhanced tissue effect, which means more selective heat absorption. You should get a higher internal temperature but less heat diffusion, or spread to surrounding tissues. That’s one of the things that led me to creating [the AccuLift] procedure.

At left: Female patient prior to AccuLift; and then 4 months after AccuLift treatment to her midface and jawline (right).

I learned about the laser, and I thought to myself, we have these patients that desire early intervention, but we also have patients who have had a facelift but have persistent fat accumulations at the jaw-line or in the midface. This is especially common in those patients with heavier features. But recurrent gravitational jowling is not uncommon even among those patients with average physiques, and I thought of LAFC it as a way to perhaps prevent and certainly to eliminate this.

PSP: Who is the ideal candidate for this procedure?

Holcomb: Patients with early features of aging and who want to soften them. Then there are those who had a facelift 2 years ago, 5 years ago, and while they may not have a lot of skin laxity they may have some recurring gravity effects creating facial jowling.

We have used it on patients in their 20s, young Asians females with a round or oval face that desire more sculptured features. There is a very wide age range. Patients with early features of aging who want to do some earlier intervention but may not be quite ready for facelift. But I have used it on patients all the way up into their 80s, with heavy jowls or heavy, descended midfacial fat.

PSP: Do you use fillers as well?

Holcomb: Absolutely. I have initiated a study with Radiesse [BioForm, now Merz Aesthetics], in which we use the laser to reduce fullness in the heavy-featured areas and then use Radiesse to augment the deficient areas. The idea is that if you can take away some of the tissue bulk, then gravity doesn’t have as much tissue on which to exert force. You should then be able to get a more effective lift using filler volumes. That is the crux of the study I did with BioForm, which we are writing up right now.

Two years ago, if you came to me and said you want to turn back the clock, I would say that I can really only do three things. I would list these in a broad categorical sense. I can lift things that are sagging. I can add volume where there seems to be volume deficiency. I can tighten your skin and smooth out wrinkles.

Now, we have a fourth category, and that is selective volume removal. It can be a great stand-alone procedure for some patients; but for other patients, it’s an adjunct to the facelift or an adjunct to volume replacement. In the midface—as opposed to the jawline—the procedure is more often going to be an adjunct. For the jawline, it could be stand-alone. Also for the patient with the heavy submentum, it is an excellent stand-alone though some patients still need medial platysma repositioningIf you think about the midface and the submalar triangle, some of the fat volume previously present in the outside half of the submalar triangle gradually migrates into the inside half of the triangle. Most patients are going to need to address that volume loss in the outside half of the triangle and also the volume gain on the inside half. AccuLift is a way to address the volume gain medially, but they are still going to need volume replacement laterally in the outside half.

Prior to treatment (left); then at right, the petient’s jawline 15 months after AccuLift to her midface and jawline.

PSP: Approximately how many patients have gotten the AccuLift procedure? Were there any complications or issues in your studies?

Holcomb: Together with Drs Baek and Rousso, we have accumulated over 500 study patients. The main issue that we came across in the first series of patients, before we changed protocol slightly, was undercorrection—patients from whom we did not remove quite enough volume or use quite enough energy. For most of those, at least on the jawline, we were able to go back and recontour them and get what we wanted.

Before AccuLift to the patient’s jawline (left). At right; 14 months after the AccuLift procedure.

The midface, though, is an area in which for the first year we really did not do any combination treatments—I did just AccuLift alone. Your hands are a little bit tied when you are only working on half that triangle in the midface. I think the experience told us that in the midface most people are probably going to need some volume replacement and not just removing volume.

PSP: Is that the protocol change you mentioned earlier?

Holcomb: No, that was a study I did with BioForm. The protocol change [due to evaluation of early results and additional separate laboratory study] had to do with the amounts of energy and how we applied it. The other main problem we encountered very early in the learning curve was overcorrection. In theory, we did not know how much energy to use, so we started out with very small amounts and gradually bumped it up a little bit.

We treated a number of patients in the 500 to 600 Joules range, and some ultimately had an overcorrection. In these few patients, we went back and did a little more contouring in the form of adding volume back using either Radiesse or autologous fat.

The protocol change was essentially a difference in the way we were applying energy. Instead of dumping all the energy into the fat during lipolysis, we are now putting as much as 300 Joules into the fat itself, and the balance of whatever we might use beyond that is put directly into the skin. That is a different step.

We are trying to initiate a greater contraction of the skin over the treatment areas by putting energy deep into the dermis from below, which is a novel approach to skin tightening. We are not dependent upon a noninvasive technique that must deal with the variable of skin resistance. We use only a little bit of local anesthetic.

This is not a wet laser liposuction technique. When you put too much water in with the local, you render the tissue that you are treating as a secondary target and the water you put in becomes the primary target. Incredibly, that reduces the efficiency of the laser; so, we actually use a very small volume of local anesthetic.

PSP: Where do you want to take this procedure next?

Holcomb: In the last two years I have been exploring the broad range of surgical applications for this device. I have also worked to make certain we have safe protocols that not only avoid complications, but also produce consistent, reproducible results.

Shannon Triplett Leade is a contributing writer for PSP. She can be reached at plasticsurgery@allied360.com.

Facelifts are Making a Comeback

Everything You Need To Know About Microneedling 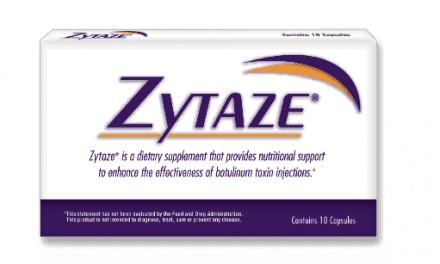