What Happens If  I Do Becomes I Don’t: Protecting Your Practice From Divorce 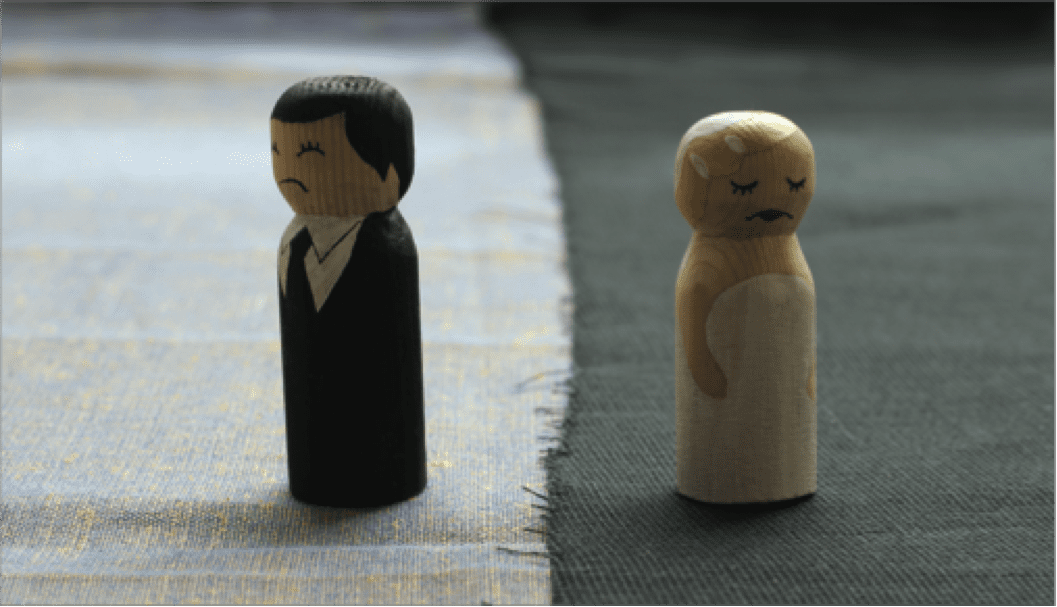 Nobody gets married thinking that the union will end in divorce, especially a contentious one, but the reality is that many do. Some forethought, including developing an iron- clad prenuptial agreement, will help protect your practice in the event that your I do’s turn into I don’ts.

WHAT’S YOURS IS YOURS?

The practice has your name on the shingle and on the deed, and it was your blood, sweat, and tears that were poured into the build-out, so it’s all yours, correct? Not so fast. Most assets earned or acquired during the marriage are characterized as “marital assets,” and as such may be divided between spouses if they divorce. Without a prenup, your practice may be a marital asset, and your spouse may be entitled to a share of the value. Most states follow the rules of equitable distribution, dividing assets “fairly” but not necessarily equally. Community property states such as California generally split marital property in half.

Contrarily, assets owned prior to marriage are usually “separate property” and yours to keep. Naturally, you are better off if your practice was started prior to the marriage, but even then, any increase in value is possibly marital property. “As your practice flourishes, all of that appreciation may be a marital asset, which is fair game for a spouse to claim a share of the increased value,” says Michael Moscarello, an attorney in New York City.

“As your practice flourishes, all of that appreciation may be a marital asset, which is fair game for a spouse to claim a share of the increased value.” –Michael Moscarello

The non-professional spouse is unlikely to get an actual interest in the practice. In fact, many states don’t allow non-physicians to be owners in a medical practice. “Just because a spouse has a right to some part of the value does not mean they have a right to an interest in the practice itself. Instead, they will be compensated with a greater share of other asset(s),” Moscarello explains. “If someone has a profitable prac- tice, but is cash and asset poor, there can be a payout over time via court order or settlement,” he adds.

For these reasons, “It is extremely advantageous to have your split designed before you split,” says David Gronsbell, a CPA in New York City. “Whether you are starting medical school or your practice is already open for business, if you don’t have an agreement, you should make one now,” he adds.

“I can’t say more strongly that the pre- marital agreement is the most important aspect of the divorce,” says Carla Schiff Donnelly, an attorney with Gentile, Horoho & Avalli PC in Pittsburgh. “There is nothing that you can do that is going to protect your practice anywhere close to it.”

This is especially good counsel for aesthetic doctors. “Plastic surgeons are less likely to be dealing with insurance reim- bursements and Medicare, and more likely to have higher profits,” Donnelly says.

And your agreement shouldn’t just protect your current practice, Moscarello adds. “A properly drafted document will make certain that any medical practice that you have an interest in now or in the future will be the physician’s separate property, and any appreciation is also separate property, and not subject to distribution.”

Not everyone is comfortable with the idea of a prenup, and it’s easy to get held up on certain points. You can draw up a prenup that just covers how the value of the practice would be divided in the event of divorce if you can’t agree on other issues such as the car, house, or alimony. A single-issue prenup can protect the practice, and you can revisit the other issues at a later date if need be.

PUTTING A PRICE TAG ON YOUR PRACTICE

There is no need for a valuation for purposes of the prenup, which may tie you to a number that is unfavorable down the line. If the other party is looking for a value, Donnelly proposes you offer 3 years of business and personal tax returns and anything else they ask for, and let them conduct their own appraisal.

It can be tempting to “do it yourself” with a pre-existing prenup template, but that may be pound-foolish. “Properly drafted prenuptial agreements are generally ironclad, so you want to make sure yours is incontestable,” Moscarello counsels.

Agreements can be invalidated on the grounds of fraud or duress, but even then, it is hard to prove if you make an hon- est disclosure of your income and assets. Courts are holding people to what they sign more and more. “All over the coun- try, the law is trending toward making it very, very hard to strike down a prenup, even in states that will not enforce them, unless they are unconscionable,” Donnelly says. “Often, prenups merely perpetuate a pre-existing disparity in financial resources of the parties. When drafting a prenup, your best bet is to hire an attorney who specializes in family law and pay for your spouse to be independently represented by a specialist to prove the parties negotiated on equal footing.”

Frequently, the medical practice is the most valuable asset in the marital estate. While a valuation is inadvisable for the prenup, it’s a given during divorce proceedings. An accurate appraisal includes physical assets (eg, diagnostic equipment), accounts receivable, and other practice assets, but the most important and most contentious point is usually the “goodwill.”

“The doctor always wants to argue that to the extent there is any goodwill value, it is personal goodwill,” Donnelly says. She recommends implementing a tracking system to show that patients are coming in via referrals as opposed to advertising. Naming the practice using your name will also help tie you to the goodwill.

Additionally, since an appraisal is an expensive and invasive process, Moscarello suggests that physicians be transparent, cooperative, and available. It is better for all parties to agree on one expert to con- duct the evaluation rather than dueling appraisals.

A COUPLE THAT WORKS TOGETHER

Oftentimes, a non-physician spouse works as the office manager or in some other capacity at the practice. Always pay your spouse a fair salary to be able to show they have an earning capacity for purposes of computing support payments. If you don’t pay your spouse a salary, the money sits in the retained earnings and raises the value of the business, and consequently, the share that you will pay your spouse if you divorce. Remember, if you increased your own salary in lieu of paying your spouse, it raises your income for purposes of calculating support to the non-professional spouse.

But what happens when both spouses are physicians that start or join a prac- tice together? They could continue to work together. However, that is not like- ly. Donnelly cautions, “There is a good chance the relationship might sour, and special attention should be paid to the buy-sell agreement because in that case it might control.”

Legal woes are usually the first fallout of a divorce, but there are many other considerations, including your practice’s reputation. “Most people are sympathetic to those going through a divorce, because we’re all human,” says Jay Shorr, BA, MBM-C, CAC I-IV, the founder and managing partner of The Best Medical Business Solutions, a South Florida-based medical practice consulting firm. With so many marriages ending in divorce, many people can relate, and those who can’t are still accustomed to it.

There are exceptions, of course. If, for example, you are involved in some- thing particularly salacious, your reputa- tion could suffer. “If a doctor is caught up in a sex scandal that created the divorce, that’s something different,” Shorr says. “I represent a client where the physician was caught in a scandal with a local politician. That is very damaging.” Also, Shorr says, in the rarest of cases—if your divorce is particularly contentious—you may need to worry about your spouse going online and posting negative things about your practice. Be diligent about safeguarding your reputation, but don’t fret about it too much. People come to you for your skill and experience, not the status of your marriage.

When employees get wind of your impending divorce, they may get nervous, and questions may begin to pop up in their minds. Will the practice close? Will it be sold or acquired by another practice? Will it move to a new location?

The best way to handle this is head-on. As soon as divorce is a certainty, sit down with your employees and level with them. “Tell them, ‘This is a business. It’s not my goal at all to shut this practice down,’ ” Shorr says. And if there will in fact be dra- matic changes to the practice, explain the situation. Also consider advising them how you’d like them to address it should it come up with colleagues, patients, or media.

And whatever you do, Shorr says, “Be honest with your employees, because if you deny it and it comes out, you’ve lost all the respect of your staff.” The reality is that it’s usually not a secret that divorce is coming. As Shorr explains, “Long before a divorce happens, staff already knows it. There may have been outbursts in the office. They may have seen emails, or let- ters from bank institutions or attorneys. They may have seen fighting between the husband and wife.”

Your partners, too, may be concerned about how your divorce will affect them. For example, if a surgeon receives certain payments in cash without reporting them to the IRS, this is fraud, which might be uncovered in discovery when your spouse points out that you make more money than you’re reporting.

Of course, if you are forced to sell your share of the practice to pay off your spouse, this too could affect your partner(s). “A lot of practices are cash poor and equipment rich,” Shorr says. This can be a problem in the event of a forced sale because used medical equipment goes for pennies on the dollar.

“In some instances, corporate docu- ments such as buy-sell agreements and corporate insurance policies can help pro- tect the practice,” Gronsbell says. For example, shareholder agreements can set a predetermined price to a buyout or transfer of partnership interest (such as in a divorce, death, or other “trigger” event). However, this protects the practice, not the physician, who will still have to pay the non-professional spouse based on the appraisal, which will likely be greater than the price set in the shareholder agreement.

THIS TOO SHALL PASS

“Divorce is just one point in time, and you have years ahead of you to practice. The more successful your business is, the more profit you are going to make,” Donnelly says.

Alayna Zayas, JD, and William Payton are contributing writers to Plastic Surgery Practice magazine. They can be reached via PSPeditor@allied360.com. 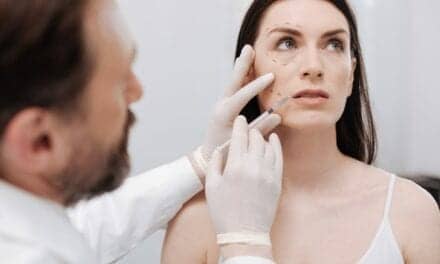 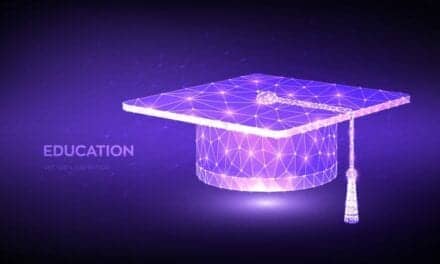 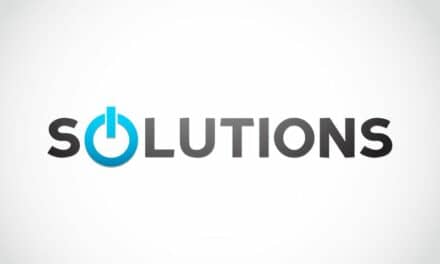 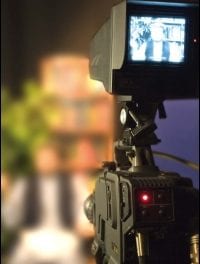