LOS ANGELES (Reuters Life!) – When the going gets tough, some of the tough get going to the plastic surgeon’s office.

The recession clearly took a cut out of plastic surgery in 2008 with U.S. cosmetic surgeries down 9 percent to $11.8 billion, according to the American Society of Plastic Surgeons (ASPS).

But some surgeons and patients are now citing increased interest in surgery among people wanting to look younger and "fresher" for the ever-competitive job market.

"I’m 56 and I’ve been in the music business for 35 years. We’re not having a good year and I know I’ll soon have to interview," said Jeff Grabow, a music marketing executive in Los Angeles, who recently spent $17,000 on a facelift.

"The surgery made sense for me. I look at least 10 to 15 years younger and I have more confidence," he said.

Grabow’s surgeon, Payman Simoni, performs what he calls a "wide awake facelift" using only local anesthesia, which he says slashes the recovery time as well as the cost by as much as $6,000, making it popular among job seekers.

"Before the economy turned down, people would come in because they wanted to have more fun and enjoyment out of life," he said. "But now plastic surgery has become a necessity for some. People cannot only rely on their skills in this market. They want to look refreshed and youthful so they can compete for jobs," he said.

The American Society of Plastic Surgeons (ASPS) released a recent survey showing that American women were looking at cosmetic surgery to get a competitive edge in the workplace.

About 13 percent of the 756 women surveyed, between the ages of 18 and 64, say they would consider having a cosmetic medical procedure to make them more confident and more competitive in the job market.

About 3 percent said they already had a cosmetic procedure to increase their perceived value in the workplace, and 73 percent said they believed that appearance and youthful looks play a part in getting hired, a promotion, or getting new clients, particularly in these challenging economic times,

Linda Mason, a television producer and photographer in Los Angeles, said she recently got a facelift because she is in a "young business."

"I deal with young people and the best way to succeed in this business is to stay young," she told Reuters.

"We’ve probably done no less than 50 to 60 tune-ups since launching the package about five months ago," Greenberg said, noting that not all the "tune-ups" have involved surgeries, but also less costly and invasive procedures like cosmetic injectables.

"Men and women in their 40’s and 50’s are competing with peers 10 to 15 years younger and employers naturally tend to go to a person who looks fresher and younger, despite who is better qualified," Greenberg said, adding that a lot of his patients view the surgery as an investment and are financing it with loans.

Plastic surgery loans can involve financing charges of 12 to 19 percent, according to industry experts.

In addition to the perceived competitive advantage from a face lift, some surgeons believe the recession is starting to cause more and more patients to get "work done" for an emotional lift in these dark times.

"I think when people are down about the economy, they want to do things to make them feel better," Greenberg said.

"People are fed up and are starting to figure that it’s time to live a little. Cosmetic surgery is about investing in yourself. It makes you look good and feel better about yourself, a dozen times a day when you look in the mirror," he said. 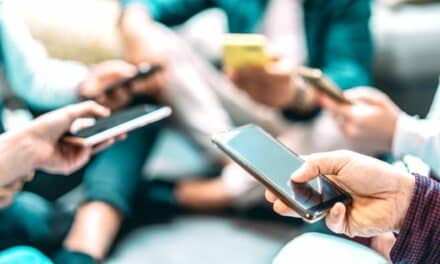 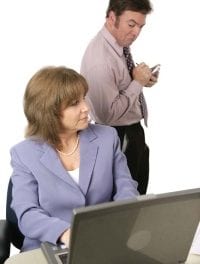 Arm Your Staff with Answers