From the Editor: Ethnic Plastic Surgery: What’s in a Name?

If you haven’t read Maureen O’Connor’s cover story, “Is Race Plastic? My Trip Into the ‘Ethnic Plastic Surgery’ Minefield,” in the July 28, 2014, issue of New York magazine, you really should.

It’s edgy (this is New York magazine, after all), well-written, personal, and extremely thought-provoking. O’Connor invokes her mixed race ancestry as she traces the roots of Asian blepharoplasty dating back to 1896 all the way through talk show host’s Julie Chen’s dramatic on-air reveal that she had the surgery, and beyond. The writer also touches on the history of ethnic rhinoplasty as well as other procedures that fit under this rubric, including V-line jaw shaving and double jaw surgery.

It starts off with the writer’s consultation with a New York City plastic surgeon who dissects her face by her racial background and quickly suggests an Asian blepharoplasty. (Her mom is Chinese.) The writer ultimately does not go forward with the procedure, but her musings and research tap into larger issues concerning racism, ethnic identity, diversity, and vanity.

I have written about “ethnic rhinoplasty” for several years, many of which were steeped in the days when “keyword loading” was seen as the key to search engine optimization success. In these articles, about every other word was, by mandate, “ethnic plastic surgery,” “Asian blepharoplasty,” or “ethnic skin.” The phrasing made me feel uncomfortable (still does). At that time, many surgeons were trying to throw their hat in this ring and the procedures seemed to be rising in popularity, so the “ethnic plastic surgery” assignments kept on coming.

Most surgeons were, and are, quick to say that Michael Jackson and his alleged plastic surgery procedures, including rhinoplasty, gave ethnic plastic surgery a bad rap. When asked, most will say that these procedures are designed to enhance, not obscure, ethnic identity.

Still, I wondered (still wonder, actually) if performing or even writing about these procedures is subtle racism or even feeding into the self-loathing that may encourage people to Westernize their features. I understand that there are variances in skin quality and other characteristics that make an African American woman’s nose different from an Asian or a Caucasian nose, but isn’t a rhinoplasty just a rhinoplasty? Do we need the word “ethnic” as a qualifier?

We know that Asian women are at greater risk for a pregnancy complication known as placenta previa, which could lead to the need for a C-section, but we wouldn’t think of calling this an Asian or ethnic C-section. Yes, of course, there are uniquities associated with Asian eyes, but might we be better off dropping the “Asian” and instead talk about the nuances and aesthetic goals of the procedure for each patient? To show diversity in their patient population, surgeons can rely on their wide range of before-and-after photos instead of pumping copy full of the word “ethnic.”

I don’t think there is a master plan to create a Master race (as has been alleged). I just think we need to tread carefully when discussing these matters and possibly change some of the vernacular to avoid offending or incensing anyone.

The thoughts expressed in this editorial are solely those of the editor. 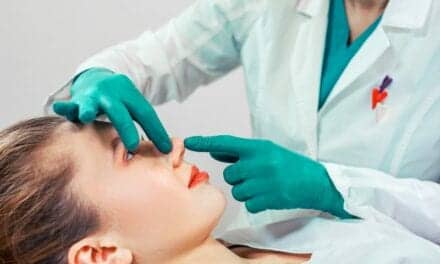 Are More Teens Getting Nose Jobs — And is TikTok to Blame?

What You Can Expect Before, During, and After Mole Removal