When All That Glitters is Really Gold: Researchers Enhance Mammogram Technology with Gold Nanoparticles

There has long been a debate among breast imagers about whether or not mammography—the “gold standard” in screening for breast cancer—could ever be replaced with a better technology. Now a team of researchers is suggesting that they may be able to enhance the existing technology, specifically when it comes to detecting cancer in women with dense breast tissue.

A recognized limitation of mammography is that dense breast tissue shows up as white masses and fibers on an image, which can obscure the presence of microcalcifications— potential signs of early cancer. Rather than replace mammography, the team is aiming to improve upon the gold standard with another kind of gold—gold nanoparticles.

In their report in the journal ACS Nano, the researchers—Lisa Cole, PhD, Tracy Vargo-Gogola, PhD, and Ryan K. Roeder, PhD, of the Bioengineering Graduate Program and the Department of Aerospace and Mechanical Engineering at the University of Notre Dame—describe a new mammogram technique they have been working on for the past 4 years.

In their experiment, the researchers boosted the contrast of mammography x-rays by modifying gold nanoparticles with molecules that bind specifically to microcalcifications. They injected a low dose of these nanoparticles into the mammary glands of mice with dense tissue. The engineered particles made the microcalcifications brighter on the x-rays—and therefore, easier to distinguish. The mice showed no obvious side effects.

The technique could someday serve as the basis for more reliable breast cancer detection for women with dense mammary tissue. “While our results in mice were promising, we need to confirm that we can improve detection in human-scale tissues and clinical imaging instrumentation,” Roeder says. “We are currently working on this in collaboration with the St Joseph Health System. If these studies are also promising, we would pursue a clinical trial.”

The contrast agent uses gold nanoparticles which have molecules attached that target microcalcifications, which are associated with breast cancer, or antibodies that target tumors themselves, he says. The technique would not be done for screening of the general population, but for follow-up or high-risk subpopulations.

“For example, a woman with suspicious findings on a conventional mammogram could receive the contrast agent and a follow-up mammogram to either rule out a false positive, which spares the woman the stress and anxiety of a biopsy procedure, or confirm a true positive with a more sensitive and specific technique,” Roeder says. “The method could also be particularly helpful for women at high risk based on breast density or genetic screening.”

Asked if the gold nanoparticle technique could help improve mammography for women with implants, Roeder says, “We are still in preclinical studies and cannot speculate about other patient populations that might benefit from this technology.” 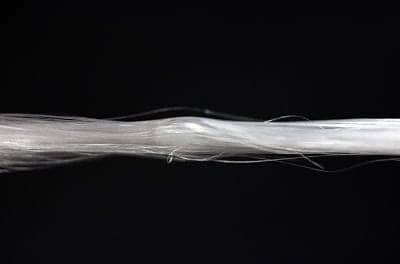