Reports from the Aesthetic Meeting 2007

Last month we published highlights of the first 2 days of technical presentations at the 40th-anniversary Aesthetic Meeting—the annual meeting of ASAPS and ASERF—in New York City in April. Now we summarize significant panel discussions from the third and fourth days.

James M. Stuzin, MD, of Miami moderated an interesting panel discussion on the role of the media in aesthetic medicine. Denise Mann of WebMD reported that board certification of physicians is not well understood by the public, mainly because there are all sorts of medical “boards.” Much of this reflects turf wars among the professional societies.

The other speakers came from a wide array of media: Elle and New York magazines; CNN Medical News; the Today show; and Columbia University.

In a panel discussion on primary rhinoplasty, Bahman Guyuron, MD, FACS, of Cleveland challenged the panel members to come up with treatment plans for four difficult noses. One of the noses had very thick skin; Onur Erol, MD, of Istanbul proposed first reducing the skin with intense pulsed light and microdermabrasion, then performing microfat grafts. On the other hand, Ronald P. Gruber, MD, FACS, of Oakland, Calif, said he would do a “dorsal amputation” to transect the nasal dome.

Foad Nahai, MD, FACS, of Atlanta chaired a panel on the role of autologous fat in breast shaping. This was widely anticipated because it followed by 2 days the presentation of Sydney R. Coleman, MD, of New York City, a staunch advocate for the use of fat in breast reconstruction and augmentation.

Louis Bucky, MD, FACS, of Philadelphia said the real question concerning fat transfer to the breast is not “Can we do it?” but “Should we do it?” He cited the main concerns as radiologic issues, calcifications in the breast, oncologic issues, and inflammation.

Bucky also described the large number of variables and potential pitfalls when the procedure is performed: harvesting technique; fat purification; overfilling; freezing fat for storage (not recommended); the recipient site; patient age (the younger, the better); and the role of stem cells. He doesn’t centrifuge the fat, but uses “Telfa rolling.” For aesthetic patients, he believes that fag grafting is a good adjunct to fix implant rippling.

Emanuel Delay, MD, PhD, of Lyon, France, has performed autologous fat grafing on 650 patients—he calls it “lipomodeling.” He does use a centrifuge, as well as single-use cannulas and gentle pressure—”backwards injections.”

He has encountered only three infections and one pneumothorax in the 650 procedures. He reports a 30% average resorpotion rate after 3 to 4 months. He therefore recommends transfering about 140% of the desired volume increase.

Coleman participated in this panel and reiterated that fat transfer is simply a case of replacing like with like. He said the advantages of the procedure are selective sculpting of any part of the breast—tuberous breasts are particularly good candidates—and increasing breast projection. He noted the apparent disconnect in the profession between supplementing implants with fat and using fat as a stand-alone procedure.

Finally, Gino Rigotti, MD, of Verona, Italy, stated that his original choice for nonimplant reconstruction or augmentation was the use of the free TRAM flap, but in the past 5 years he has used fat, or “lipoaspirate.” He foresees that this will be improved with adipose stem-cell therapy—tissue bioengineering.

Nahai, the incoming ASAPS president, concluded with some encouraging remarks for autologous fat transfer supporters. He said that good science and strong practitioner education were key to the success of the procedure, and asked rhetorically whether it was “ready for prime time.”

One of the last panels covered problem cases involving massive-weight-loss patients. Chair Jeffrey M. Kenkel, MD, FACS, of Dallas and panelists Al Aly, MD, FACS, of Coralville, Iowa; Loren Borud, MD, of Boston; Felmont F. Eaves III, MD, of Charlotte, NC; and Dennis Hurwitz, MD, FACS, of Pittsburgh agreed that the patient’s health issues and aesthetic priorities were most important. Not all parts of the body can be treated at once, and choices must be made.

Specific topics discussed were techniques to correct the mons pubis (too small is as bad as too large); buttocks problems (scars and saddlebags); and gynecomastia correction (nipple location and inframammary fold treatment). In all instances, surgeons were warned not to overpromise results to the patient. 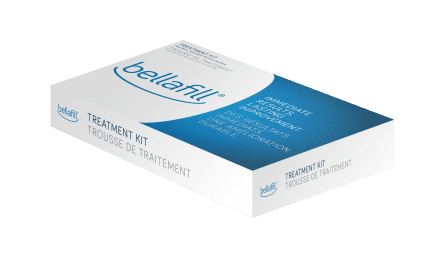