First it was found to reduce underarm perspiration, then, underarm hair. Now researchers have found that microwave treatment (miraDry, Miramar Labs) reduces axillary odor in patients treated for underarm sweat or hair, according to data presented in April at the American Society for Laser Medicine and Surgery (ASLMS) in San Diego.

“There have been multiple clinical trials, and even post-market clinical registries, looking at the use of microwave energy in the treatment of unwanted sweat as well as hair. And in these independent investigations and registries, there’s also a questionnaire regarding underarm odor, specifically looking at the patient report of the severity of underarm odor,” says study author, New York City-based dermatologist and Mohs surgeon Jeremy A. Brauer, M.D.

Dr. Brauer and colleagues conducted a retrospective multi-study analysis of underarm odor reduction on patients treated with the microwave device. They looked specifically at responses to one question in the quality-of-life questionnaire, which asked subjects to grade the severity of underarm odor based on a 10-point scale, where one indicated no problem and 10 was severe.

All the data sources in this review included responses to the question at baseline and again during the three- and 12-month follow-ups after the microwave underarm treatment was completed, Dr. Brauer says.

All told, data were collected on 446 individuals, 64% of whom were women. Participants’ average age was 36 years; 74% were Caucasian. The researchers also studied a subgroup of patients — those who graded their underarm odor at five or higher — designated “high-odor subjects.”

Among the 446 were 227 high-odor subjects, representing a little more than half the data population. Among those reporting high odor, nearly half, or 48%, were men, says Dr. Brauer.

Researchers found that the overall odor score from baseline to three months decreased from a mean 5.49 to 2.40. By 12 months, the mean odor grade dropped to 2.19. Both reductions were statistically significant, according to Dr. Brauer.

The device studied, miraDry, is the only device FDA has cleared for noninvasive odor treatment. It has also received FDA approval for treatment of underarm sweat and permanent reduction of unwanted underarm hair of all colors, a company press release states.

Dr. Brauer says that he has seen an uptick in requests for treatment, as more patients have become aware that the device can effectively treat not just sweat and hair, but also odor. Microwave treatment often requires only one treatment, and the response is permanent, he says.

In the past, patients undergoing microwave treatment for reduction of underarm sweat and hair have required two or even three treatments, says Dr. Brauer. miraDry has since changed its anesthesia delivery technique to a tumescent procedure, which the company refers to as “high-volume anesthesia.” This enables physicians to use higher energy, while enabling patients to find use of higher energy more tolerable. The result is that “most patients achieve satisfactory results after one treatment,” says Rob Ellis, a spokesman for Miramar Labs. 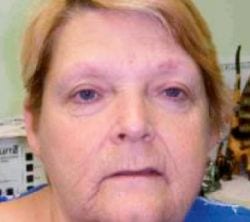 ASPS: Does Liposuction Offer More Than a Cosmetic Benefit? 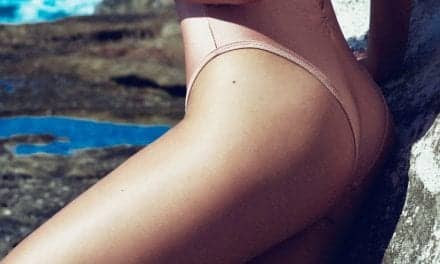