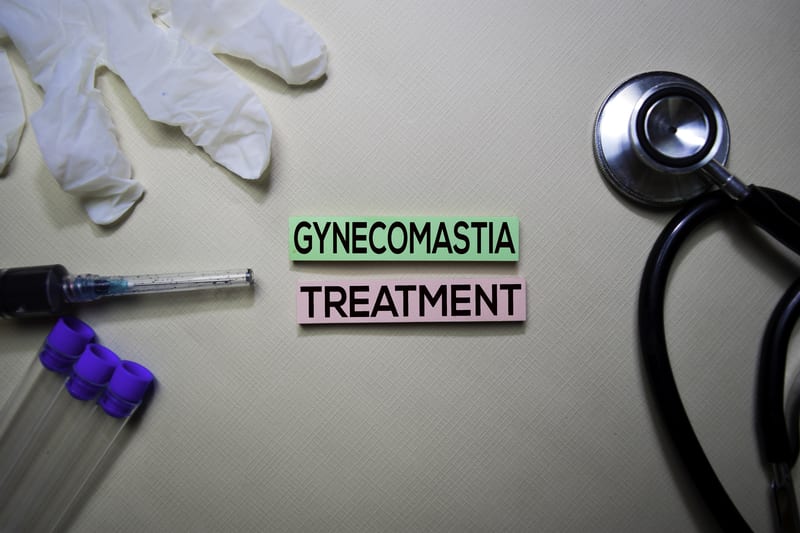 The procedure, described in a paper published in Aesthetic Surgery Journal Open Forum, involves cutting below the lower part of the breast and lifting it like a flap up toward the collarbone to remove unwanted breast tissue surgically and reducing the extra skin of the chest.

Male breast reduction surgery is often performed on men who have lost over 100 pounds through lifestyle changes, bariatric surgery, or both. The standard surgery involves temporarily removing the nipple.

men with darker skin can lose the natural color in their nipples because blood vessels are lost when the nipple is removed and then grafted back to the breast, Jeffrey Kenkel, MD, chair of the plastic surgery department at UT Southwestern, shares in a media release. Darker-skinned men have a nearly 50% chance of having nipple discoloration, he adds.

With the new technique, blood vessels can be maintained by surgically cutting and lifting the breast without leaving any unnecessary bulk or fullness. The breast flap is brought back down in the final stage of the surgery, providing the flat-chested look that the patients want without eventual discoloration of the nipple.

“This is a nice alternative to the standard nipple grafting techniques we have used for years.  It allows us to preserve the shape of the nipple and in many cases the color in patients of color,” Kenkel says, in a media release from UT Southwestern Medical Center.

For men with darker nipples, traditional surgery can sometimes not only lighten the color of the nipples but may leave them with an undesirable spotty appearance. Color can often go from dark to pink. Kenkel notes that many men start with having a flat chest as their main concern; nipple discoloration is often not a concern until it happens.

Kenkel first did the flap procedure in 2011 on a patient who was open to a new approach and expanded to 13 other men over a period of 8 years. The men had previously lost about 160 pounds each, going from an average body mass index of 52% to slightly less than 30%. The patients had sagging skin and some remaining fat in their breasts that they wanted removed.

The surgical procedure took about 90 minutes for each patient with strong results in retaining natural nipple color. Postsurgery progress was followed for up to 18 months. Four of the 14 patients experienced minor complications such as delayed wound healing and seroma, in which clear fluid develops under the skin.

The men who underwent the procedure made the trade-off of accepting scarring across the chest in return for flatter chests with better contour and shape and little chance of discoloration of their nipples, the release continues.

“These are operations that allow people – we like to say – to look as good as they feel,” Kenkel comments. “There are trade-offs; you have to trade a scar for shape, but in most patients, this is very acceptable.”

Patients had to maintain a steady weight for 3 months to be eligible for the surgery. Healthy diets and active lifestyles are required to keep weight gain from recurring.