A study reported in the May issue of  Plastic and Reconstructive Surgery, revealed that 80% of patients who received liposuction in 2005, were satisfied with their results and 86% would recommend the procedure to a family member or a friend.

According to the study, conducted by Jeffrey Kenkel, MD, of the University of Texas–Southwestern Medical Center, Dallas, approximately 57% of the patients reported no weight gain in the 6 months after having liposuction, and 46% of these patients actually reported a weight loss of 5 to 10 pounds. Of the 43% who gained weight, the majority gained between 5 and 10 pounds.

Of the female patients, 55% reported an average decrease of three dress sizes after liposuction, and 35% said their clothing size did not change. Furthermore, 33% of patients reported exercising more after the procedure, while 58 % had no change in their exercise regimen. The patients were approximately equally divided between those who exercised more after the procedure and those whose exercise habits remained the same.

According to the American Society of Plastic Surgeons, more than 323,000 liposuction procedures were performed in 2005. In this study, coauthors found that the thighs and abdomen were the most common liposuction areas, followed by the hips, buttocks, and the knees.

‘Safe’ Tanners Who Use Sprays and Lotions Less Likely to Get Tattoos and Piercings than Frequent Sunbathers and Tanning Bed Users, Baylor Study Finds 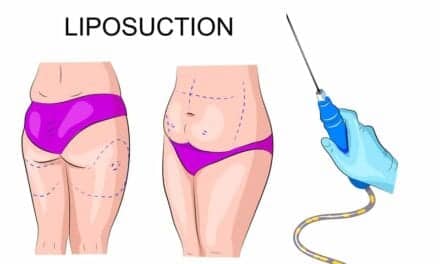 The Curious Science of Liposuction: Why, Exactly, Can’t Doctors Just Remove All of My Fat?