Gynecomastia is common. In fact, it accounts for more than 65% of all male breast disorders, according to the American Society of Plastic Surgeons (ASPS). Teen boys are especially hard-hit by this breast disorder, which can often cause both physical and psychological pain. Gynecomastia is usually caused by hormonal fluctuations that occur just after birth, during puberty, or as a man ages. Hormone levels can also be affected by underlying disease and medications. Surgery, which usually includes liposuction and gland excision, can help men with gynecomastia take their lives back, but it has been somewhat slow to catch on.

Plastic Surgery Practice sat down with New York City plastic surgeon Elliot W. Jacobs, MD, to find out why gynecomastia and male breast reduction surgery are finally getting their time in the sun. Jacobs, who pioneered an aggressive surgical approach to gynecomastia, discusses the evolution of the surgery and why it is something that he is so personally connected to.

PSP: According to the latest statistics from the ASPS, male breast reduction surgery is up 8% from last year. What is driving this trend?

EWJ: There is now awareness that gynecomastia can be corrected quickly, easily, and with minimal scarring. The watershed event was likely a feature story on ABC’s 20/20 in 2003. This helped usher this surgery out of the closet and onto the radar of many plastic surgeons and men with enlarged breasts.

When It Isn’t Gynecomastia

Breast cancer doesn’t just affect women. Men can get breast cancer too—albeit far less frequently. According to the American Cancer Society, breast cancer is about 100 times less common among men than among women. In 2012, there will be about 2,190 new cases of invasive breast cancer diagnosed among men, and about 410 men will die from breast cancer.

Signs may include a lump in one breast, bloody nipple discharge, or a change in the appearance of the skin, which is called peau d’orange or “orange peel skin.”

“Men with breast cancer often face a delayed diagnosis because they don’t think about it, and it can be more aggressive than a comparable breast cancer in women,” Jacobs says. “Any man in his 50s or 60s with a lump in one breast should be evaluated promptly.”

Up until that time, male breast-reduction surgery was being done, but it wasn’t being talked about. Men were embarrassed to discuss gynecomastia with anyone, including their doctor or partner.

It was analogous to erectile dysfunction or ED in the pre-Viagra days. ED was taboo until a couple of major public figures came out and discussed it in light of new treatments. Suddenly, ED was a household word. We are not there yet with gynecomastia, but there are some parallels.

PSP: You have been very outspoken about this surgery and the psychological benefits it confers. Why?

EWJ: I have had gynecomastia all my life. I speak as someone who has suffered from it, was teased about it, and as a surgeon who knows it can be treated.

PSP: How has the surgical approach to male breast reduction changed over the years?

EWJ: We have come a long way. When I was in training in general surgery, it was the general surgeons who would perform this operation. They would make an extended inframammary incision, lift up the skin, and basically do a bilateral simple mastectomy. It was a long, bloody operation, which frequently resulted in irregular contours and a lengthy scar.

When I scrubbed in on those cases, I said to myself, “There has got to be a better way. Guys don’t want to trade one deformity for another.”

Guys want to be able to take their shirts off at the beach and walk around topless with no scars to attract attention.

Front view before of a 28-year-old male who underwent liposuction and direct excision through a peri-areolar incision.

Side view before-and-after of a 28-year-old male who underwent liposuction and direct excision through a peri-areolar incision.

EWJ: It was only after the advent of liposuction that we started to pay attention to gynecomastia surgery. The instruments we used had a tip similar to a bullet. It was blunt, but effective at removing some fat, but not breast tissue. This solved some of the problems with the surgery. Men didn’t have huge scars anymore, but it didn’t really give the correct shape. I was doing it this way for a while until I said again, “There’s got to be a better way.” So I started looking at the design of gynecomastia instruments.

EWJ: I came up with my own very aggressive design. The instrument is sharp, and it can remove both fat and breast tissue. I have since refined my technique so that I can do it with, at the most, two tiny cuts: a nick in the skin, on the side of the chest, under the arm, and a peri-areolar incision.

With this approach, I have made this operation a 1-hour, outpatient surgery with minimal pain and discomfort. There are usually no drains used and virtually no scars.

PSP: Have other surgeons picked up on your technique as well?

EWJ: Every surgeon approaches this in a slightly different way. There are some doctors who espouse making the peri-areolar incision 100% of the time, removing breast tissue and then feathering the edges. I don’t. I do the opposite. I remove as much of the excess tissue as I can with my instrument. If there is any remaining protrusion of the nipple, I will then make a peri-areolar incision and remove just enough to provide a smooth masculine contour. And there are still some guys who still maintain that they have to do a general surgical type of approach.

PSP: How often do you make the second incision when you use your graduated approach?

EWJ: In about 85% of cases, I can do the entire operation with a nick in the skin on the side of the chest and a peri-areolar incision.

PSP: Gynecomastia affects many adolescent boys, and can have devastating effects on their self-confidence. Do you advocate surgery for these youths?

EWJ: I get a lot of inquiries from teenage boys who have been told by their pediatricians that it will go away. This is a very critical and formative time for boys because their ego strength is so tenuous. They get teased, they don’t swim or participate in sports, they wear three layers of clothing even during the summer, and they walk hunched-over.

Before-and-afters of 15-year-old boy with large “puffy” nipples on top of the breast mounds. (Note the more natural male contours after surgery.)

PSP: Which adolescent boys make appropriate candidates for the surgery?

EWJ: All adolescent males with gynecomastia can benefit if they have had an appropriate exam and evaluation. They must have the condition for a minimum of 2 years without any sign that it is changing or disappearing. I have operated upon almost 200 kids aged 12 to 18, and none of them have had a recurrence after surgery.

PSP: Do you think male breast reduction surgery will continue to trend upward in the future?

EWJ: The surgery so safe and predictable that it’s going to become much more acceptable. To this day, there are still not a lot of men who, despite having successful surgery, are going to walk up to a friend and bring up the subject. On the other hand, I have had male breast reduction patients bring in friends and relatives to learn about the procedure. They do talk sotto voce and let people know.

Before and 6-month-afters of a 19-year-old male who underwent radical surgery following massive weight loss.

EWJ: Yes. Revision surgery can be necessary if the original surgery does not meet the patient’s expectations. Sometimes, the surgeon will not take out a sufficient amount of tissue, and sometimes, they take out too much. The latter leads to a crater deformity. Another reason for revision male breast reduction is if the scars heal poorly. In some revision cases, residual tissue needs to be removed, but this is made more difficult because there are now three types of tissue—breast, fat, and scar.

If too much tissue was removed during the initial procedure, your surgeon can borrow fat from the periphery to fill in the crater or bring in additional fat via fat grafting.

PSP: Any advice for fellow cosmetic breast surgeons on how to minimize the need for revision gynecomastia surgery?

EWJ: My motto is, “If it doesn’t look good on the operating table, don’t terminate the operation.” Some guys may seem to have a perfect result on the table, but develop extra tissue under the nipple. This is not a recurrence; it is scar tissue. Treatment is aggressive use of cortisone injections. 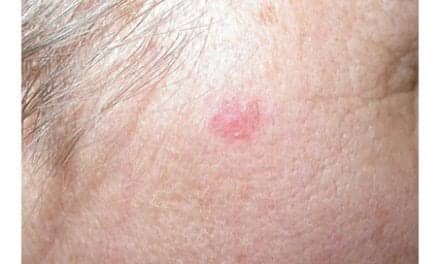 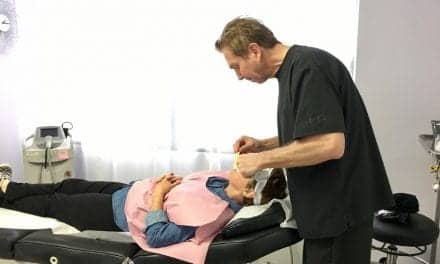